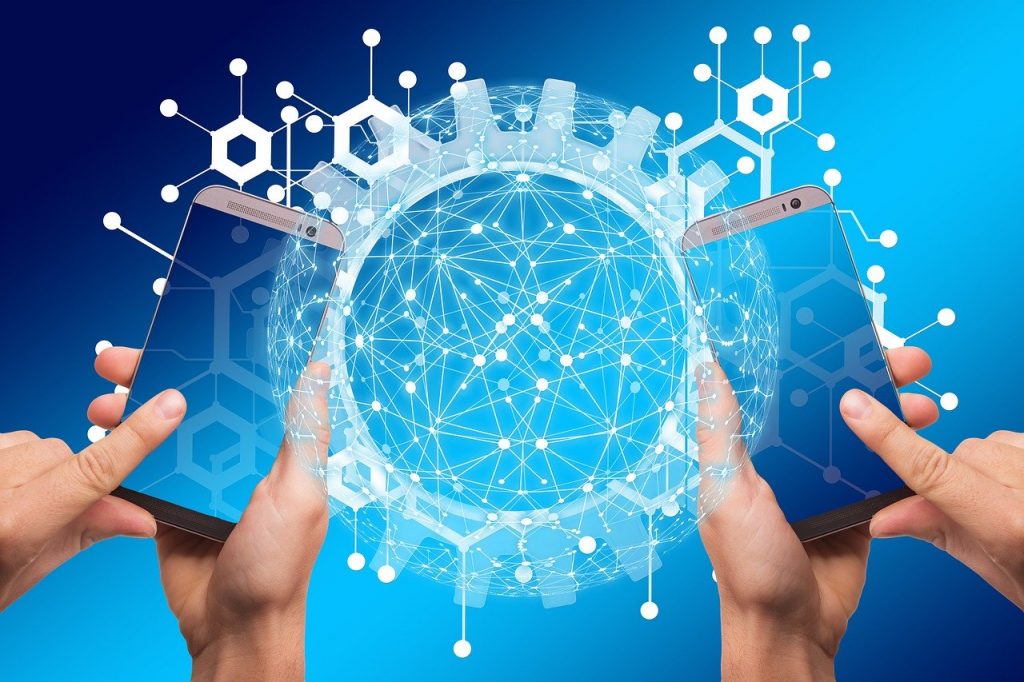 The world changes at an alarming rate, and things we would not have considered in the past suddenly gain much more relevance with each passing day, one of these is cyber security, encryption is one of those topics that no one new to informatics and the online world ever really pays much attention to, but the fact is that we live in a world that is always more online, every single day it becomes more mobile, and we keep saving more and more privileged data in our cell phone, data that can be leaked or obtained by malicious third parties, and if we have learned anything in a post Edward Snowden world is that there are people willing to search and publish any kind of data.

Where does encryption becomes so important?

Encryption keys refers to the act of encoding data, to make it hidden in a way that only the owner of those with the encryption key can access it, in short, making sure that all the data in our mobile device truly remains secure.

And some of you might think that this level of security might be unnecessary, storage encryption can sound like the sort of technology that only the largest and most important organizations like the army should need, but there’s ever such a thing as too much security, and there are a lot of reasons to protect phones in this modern and mobile world, that’s why you need the right kind of app for your android mobile device, and the right app for it is undeniably Cyphertop, the latest and most interesting release in encryption technology in recent days, available in ww.cyphertop.com and Google Play.

The Cyphertop encryption app for android is the definitive option to bring the level of security your mobile device and your data require, of course, at this point you might still be wondering why you would need a cryptography software for mobile cell phones, so let’s think for a bit on all that you do in your phone. Nowadays chances are that your mobile contains a lot of information related to your job, your entire history on your favorite messaging app, a complete record of your phone calls and that it’s constantly getting connected to Wi-Fi, or maybe you have data connection to truly keep connected all the time.

I think it’s clear by now that all in your android phone, data that you donâ€™t want other people to get their hands on, it’s your work, your family and your friendships that are all contained there, needs high security. And sure you might believe in the security of your pocket, it’s not like you go out of your way to lend your android phone to every person who passes by, but the simple fact is that nobody needs to touch your phone to access it, as we’ve established before mobile devices are always connected to the internet, whether by Wi-Fi or data connection, and this data flow can be all the help other parties need to breach a phone’s security.

The first step in security is always prevention, that’s why Cyphertop’s cryptography software for android mobile devices is such a powerful tool in your daily online life; it’s there to ensure that your data remains yours and nobody elses.

Importantce of Encryption on Phone calls and Mobile Devices

So now that we’ve established the importance of counting with the safety that Cyphertop’s android encryption software we should truly delve into what Cyphertop is doing to ensure the safety of your data. We’ve called Cyphertop a cryptography app a few times by now, but what does that exactly entail? In short the word refers to the ability to hide information to ensure the security of hidden messages, it’s the art on encoding data and making sure it remains both readable by the user and recipient, but it’s also fully hidden from any other third parties.

Cyphertop has a variety of ways to ensure your data is properly encrypted, the first and most important one is disk encryption, which in short makes your hard drive unreadable by external sources, data is organized in a way only your device and Cyphertop can properly interpret, this is vital for security, as your hard drive contains all the information your device has saved, and is the core of any digital device, mobile devices included. Disk encryption also comes with the advantage that it does not affect the speed of mobile devices in any way, other forms of device encryption can become bothersome with layers and layers of passwords, or affect the speed of your device, but Cyphertop’s state of the art technology makes it so it does not leave any lasting effects beyond improved security.

Can I encrypt my Android phone?

Another specific feature to Cyphertop that completely changes the way that we deal with our mobile devices is it’s end-to-end encryption, particularly when dealing with messaging, let’s be honest, we all need to use our cellphones to message, nowadays it’s pretty much an enforced part of daily life both for social and work lives, and oftentimes we have to rely on apps that are provided by your company or favored by our friends, without knowing how safe it truly is, that’s where Cyphertop’s end-to-end encryption really shines, messages sent through Cyphertop use it’s signatureencryption technology to create a stream of code that can be freely and easily read by both sender and recipient but is completely unreadable by any other people, thus granting a completely extra layer of security that other services do not offer.

Now there’s other files that you might want to keep completely locked, the most important kind of files, maybe privileged information on company projects, or personal information and passwords, this is the safest you want to keep anything on your mobile, and as you might assume by now, Cyphertop also has a function for that, and that’s Cyphertop’s Vault, the vault acts as series of encrypted folders, the amount of folders are fully up to you, and all the numbers and sequences required to keep the files safe are handled by Cyphertop, these folders will always require a permission prompt from you and are some of the safest ways to keep a file secure while using Cyphertop.

Cyphertop encryption even has extra perks for ensuring the wellbeing of your information outside of it’s encryption techniques, do not find your lock screen secure enough anymore? Cyphertop’s app allows you to make you own pins and add them to your phone to bring that extra layer of safety to your phone. 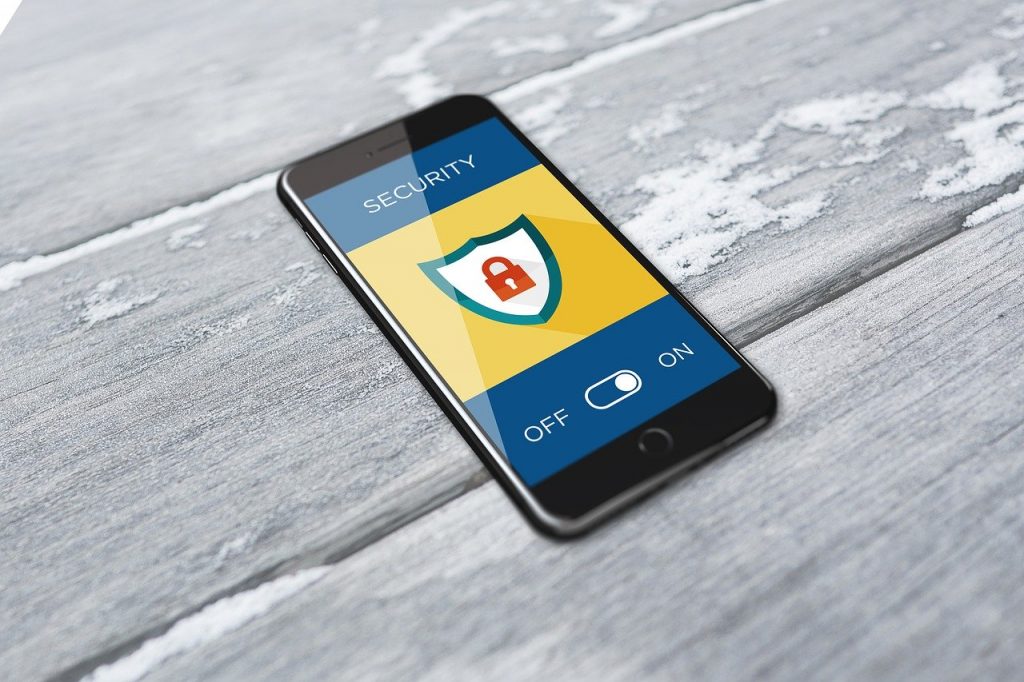 What is the best encryption app for Android?

Nowadays the world is undeniably bigger, more connected and vast in a way that we could have never imagined, and that is despite the risks wonderful, the information at our hand, the opportunities that the internet brings are priceless, and have forever changed the way our lives and the world work, there are risks attached to this new world of course, risks we have to acknowledge and prepare for, but that’s what Cyphertop is there for, to ensure we get to enjoy all the benefits of our new digital world while making sure everything remains safe for us.

Please also read: How to make a Chat Encrypted

The functions discussed today are simply the tip of the iceberg when it comes to Cyphertop, the company and product have proved to be some of the most reliable and efficient in the market, getting some of the best rankings and proving time and time again to be ahead of it’s competitors, by providing a service that is both affordable, strong, reliable and ultimately intuitive, there’s a lot of numbers involved behind Cyphertop, from it’s quantum technology, to the extension of it’s code structure, all of which have been developed to ensure Cyphertop continues to be the number one option in the market.

What is the best encryption app?

The Best Cell Phone Cryptography Software manages to provide is a feeling of safety, their efforts have resulted in a system that truly and fully ensures the wellbeing of your system, and that includes options for PC and any operative system you can think of, Cyphertop is ready to make sure any device you own is as safe as your information deserves, and has done so in a way that is intuitive and easy to understand by any potential user, and that’s why Cyphertop is to this day the definitive security option for you, make sure to grab a copy today at www.cyphertop.com